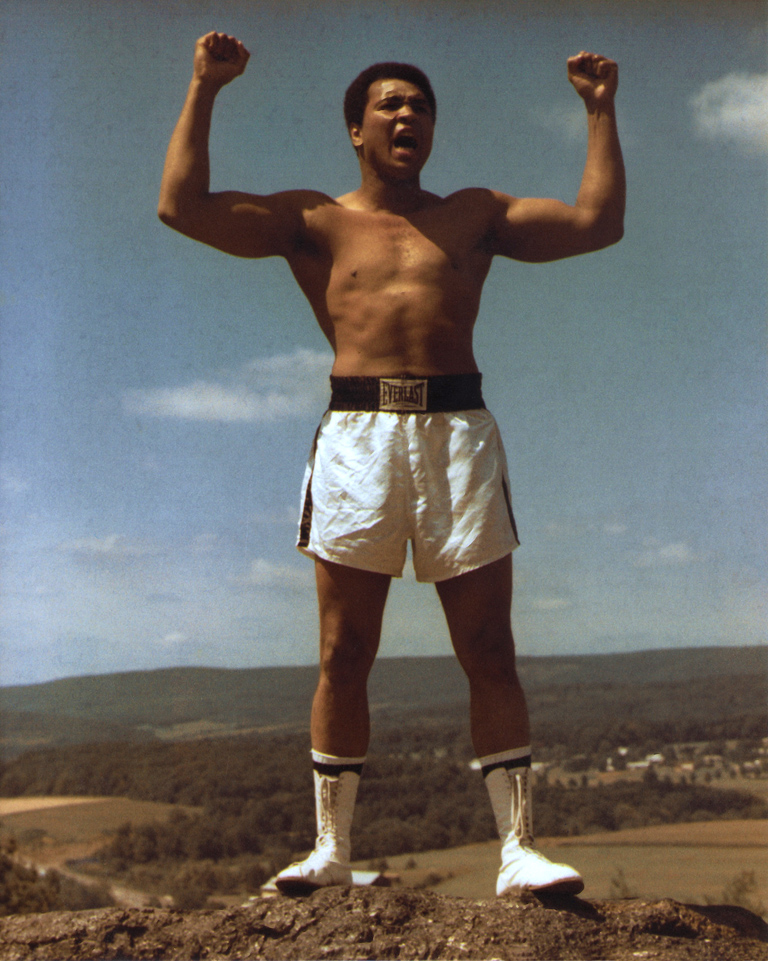 By Bernard Fernandez
on Jul 22 2018
thesweetscience.com

Boxing’s seemingly ageless wonder, Bernard Hopkins, once observed that “history lasts forever,” but that is only partially true. History is, like almost everything else, a perishable commodity. The importance of past events and individuals almost always correlates to how many people at any given moment still care to remember. All evidence suggests that younger Americans increasingly tend to look forward, not back, which might explain why the gift shops at Valley Forge National Historical Park and Chalmette Battlefield outside New Orleans welcome fewer and fewer visitors each year. George Washington’s troops braving a frigid Pennsylvania winter during the Revolutionary War and Andrew Jackson’s ragtag volunteers defeating the British in the final battle of the War of 1812 scarcely rate mentions, if at all, in the history books used by many of today’s schoolchildren.

It would seem that not enough time has passed by for even a thin layer of dust to settle on the legend of the “Greatest of All Time,” three-time former heavyweight champion Muhammad Ali, who was 74 when he died of septic shock on June 3, 2016. And while it is likely that Ali, at the height of his fame and popularity the most recognizable human being on the planet, will remain an iconic figure far into the future, such is not necessarily true of a patch of wooded land, his Deer Lake Training Camp, he once held dear to his heart.

“We’d like to create something where future generations can get a feel for who this man was and what he did in the world of sports and society,” the new owner of the Deer Lake site, 54-year-old real-estate developer Mike Madden, son of former Oakland Raiders coach and longtime NFL color analyst John Madden, told reporter Frank Fitzpatrick of his recent acquisition of an historically relevant property that again had fallen upon hard times. “What else is like this place? People go to halls of fame at Canton or Cooperstown or Springfield to see various things. But it’s all right here. This is where it happened.”

Well, it is unquestionably a place where a significant part Ali’s magnificent career was shaped. In an effort to find the sort of solitude presumably conducive to sharpening a prizefighter’s focus, Ali – who previously had trained amid the hustle and bustle of Miami — assigned the task of procuring such an out-of-the-way site to his business manager, Gene Kilroy. What Kilroy recommended to Ali was a former mink farm in rural Schuykill County, Pa. Officially, what came to be known as the Deer Lake Training Camp is located in Orwigsburg, on the crest of Sculps Hill Road, but it is a location that would be difficult to find even for those actively seeking to arrive there. Which is exactly what Ali was looking for, or thought he was. Maybe it wasn’t exactly the middle of nowhere, but it was at least on the edge of nowhere. Trees were cleared and, in their place, 13 log structures arose – the gym, a ranch-style main cabin, eight bungalows, two barns, a chalet and a mosque where Ali went to worship five times daily.

But, as was the case with the voice farmer Ray Kinsella (played by Kevin Costner) heard in his head in the 1989 baseball fantasy movie, Field of Dreams, if he built it they would come. Ali built it, and they came. Oh, boy, did they come.

“People – busloads of ‘em – would show up unannounced at 5 in the morning,” Ali’s longtime trainer, the late Angelo Dundee, told me in 2004. “Muhammad not only entertained them, he’d give them breakfast. He always was a sucker for the public, especially kids.

“Let me tell ya, Muhammad could have trained on the dark side of the moon and people would have come up on rocket ships to see him. He was the Pied Piper.”

With Ali serving as an irresistible human magnet during the nine years he trained at Deer Lake, from 1972 to ’81, the world eagerly beat a path to his door. George Dillman, a martial arts instructor and onetime Ali training partner who owned the site in 2004, having purchased it from Ali for $100,000 in July 1997, said it was not unusual for Deer Lake to be packed with more famous individuals per capita than anywhere on Earth when it’s superstar attraction was in residence.

“I kept a list of the celebrities who visited here back in the day,” Dillman said in July 2004 when I was doing a story on welterweight contender Kermit Cintron, the first fighter allowed to train at Deer Lake since Ali, and still the last to do so. “I got up to a hundred and stopped counting. The Four Tops, the Temptations, the Jackson Five, Sammy Davis Jr., they all came by. Elvis was here. Sinatra. They were like moths drawn to a flame.”

After Ali’s retirement, however, an abandoned Deer Lake began to be reclaimed by nature. “Windows were broken, there were weeds taller than I am all over the place,” Dillman recalled. “The big log cabin that Ali lived in when he trained here had sunk into the mud. Groundhogs had dug holes under it, and when it rained those holes filled up and expanded until the cabin tilted into them.”

In addition to the $100,000 sale price, Dillman invested $400,000 more into the restoration of the decaying buildings, $30,000 of which went to raise Ali’s cabin out of the mud and install a cement foundation underneath it. He imagined it as a museum or some other fitting tribute to its original owner, and he hoped to sell it for $1.5 million, a quite reasonable price when you consider that someone paid $3 million in 2001 for the baseball Mark McGwire hit for his then-record 70th home run in 1998.

But minus at least occasional appearances by a Parkinson’s-weakened Ali, whose last visit in 2001 was limited to a quick peek through a limousine window, the flood of Ali devotees slowed to a trickle.

Enter Mike Madden, who once had an Ali poster in his bedroom but had not even been aware of Deer Lake until the day when he saw on the ESPN ticker that his boyhood idol has passed away. “Driving home I was listening to talk radio and all these guys were messing up his story,” Madden told Fitzpatrick. “I lived through that history and I thought, `If this is how history is written, it’s horrible.’ So I went home and Googled some stuff about Ali and one of the stories made a reference to Deer Lake. I couldn’t get it out of my head. I had to see it.”

Walking the site for the first time and with no specific plan, Madden paid Dillman $520,000 with the idea of finally restoring it to its once-pristine condition, and a fitting memorial to the fighter who had once meant so much to him and to countless others. Madden has since poured another $1 million into the project, some of the structures repaired and improved by Amish craftsmen and decorated with period furniture, equipment, appliances and Ali memorabilia.

“We’re trying to replicate everything,” said Sam Matta, a former sportswriter who is the camp’s manager. “Mike’s not sure how it’s all going to work or how many people are going to come to see this place. But if we market it right, they’ll come.”

They are coming back, if only in dribs and drabs for now. Madden hopes Deer Lake will soon be listed on the National Historic Register, and documentarians from HBO filmed there last August for a project partially financed by LeBron James. A BBC film crew came in March and, according to Kilroy, a Saudi prince who is a boxing enthusiast visited with his sons and offered to buy the place.

Who knows, maybe Madden will even consider allowing fighters to again train there on a limited basis, which would be akin to art students being given private tours of the Louvre. You’d have to think that Ali would approve.

“Training here … it does sort of hit you, when you stop to think about it,” Cintron, now 38 and still active, told me when he was 24 and stepping into some very large footsteps. “Being a part of all this history is the biggest thing to happen to me in boxing. To tell the truth, I’m more excited to be training at Ali’s camp than to be fighting for a world title or on HBO.

“Just to walk the same ground Ali walked is an incredible feeling. I look at the photos on the walls and the names (of famous fighters) painted on the boulders outside. Ninety-nine percent of the world knows who Ali is and what he accomplished. Ninety-nine percent of all fighters, I’m pretty sure, would love to have the opportunity I’m getting to train here. My being the first fighter here since Ali, that means a lot. I gotta be grateful for that. I feel special. I should feel special.”